Skip to content
View Calendar or
View All Classes

For Your Ears Only, Level 1

Registration for this class is closed

Listening to a live concert is an experience that can be as personal as it is communal. In this 4-class interactive course, you will be given a set of skills that will help you get more out of any concert situation. Think of it like adding various filters to enhance certain aspects of the music. RSO violinists Adrian Pintea and Ellen Cockerham Riccio will guide participants through the process of listening and draw them out on their reactions and impressions.

No assignments will be given outside of class time, but suggested listening lists will be provided for those who would like to strengthen their new skills. All you’ll need is a blank notebook and a good pair of headphones, if you have them!

See what our students are saying about this class!

“For Your Ears Only was a superb experience. Ellen provided very good introductions to the music and nice responses to participant questions and comments. Adrian offered very incisive comments on individual pieces. Very good pre and post-session materials were provided.”

**Class is offered as a package only (no individual classes may be sold.)
Class will meet on the following Tuesdays at 7pm: 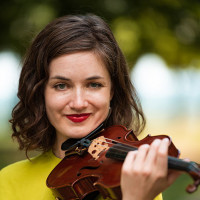 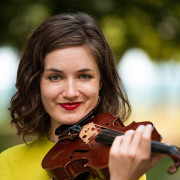 Ellen Cockerham Riccio has served as Principal Second Violin of the Richmond Symphony since 2009. Previously, she served as Principal Second Violin in the Canton (Ohio) Symphony Orchestra and in CityMusic Cleveland. According to the Commercial Appeal, Ellen’s “exquisite” performance of Strauss’ Ein Heldenleben as guest concertmaster of the Memphis Symphony in 2013 exhibited “an extraordinary range of expression.”

In 2012, Ellen founded Classical Revolution RVA, the Richmond chapter of a global movement to bring classical music performances to non-traditional venues. By the time she resigned as Executive Director in 2018, the organization had grown to include over 300 musicians, produced more than 100 unique events, and established the annual Mozart Festival, a free, day-long event that brings live performances of Mozart’s symphonies, operas, and chamber music to bars, coffee shops, and art galleries.

A native of Portland, Oregon, Ellen holds a bachelor’s and a master’s degree in violin performance from the Cleveland Institute of Music, where she was a student of William Preucil, former concertmaster of the Cleveland Orchestra. 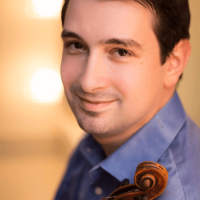 Romanian violinist Constantin Adrian Pintea has performed throughout Europe and the United States as a soloist and chamber music player.… Read More >> 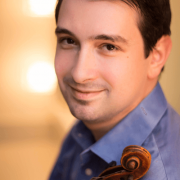 Romanian violinist Constantin Adrian Pintea has performed throughout Europe and the United States as a soloist and chamber music player. Adrian won his first national prize at the age of 12 and was a prize recipient at the Jeunesses Musicales and Remember Enescu international competitions. He was accepted at The Juilliard School for his undergraduate studies and, after completing his Bachelor’s Degree, was awarded the Eugenia and David Ames Concertmaster Fellowship at the Mannes School of Music. He has performed regularly as a chamber player in major halls such as Alice Tully Hall, the Morgan Library & Museum, and Weill Recital Hall at Carnegie Hall.

Adrian has also participated in several music festivals, including the Breckenridge Music Festival, Mozarteum Academy in Salzburg, and the Texas Music Festival, where he was a prize recipient of the Cynthia Woods Mitchell Young Artist Competition. After completing his studies, Adrian joined the New World Symphony where he had the opportunity to serve as concertmaster under the baton of Michael Tilson Thomas and Esa-Pekka Salonen, among others. After being named Associate Concertmaster of the Richmond Symphony, Adrian opened a violin studio teaching intermediate to advanced students with a focus on music development and appreciation. He also works frequently with the Richmond Symphony Youth Orchestra Program coaching sectionals and ensemble rehearsals.